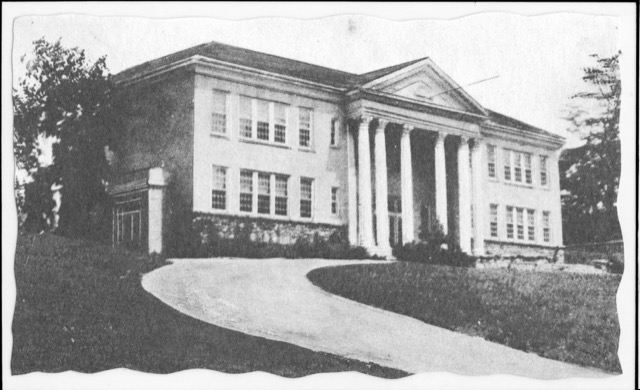 After Westport was incorporated in 1835, town meetings were held in a schoolhouse near the Congregational Church in Greens Farms. The various sections of Westport soon began to compete for the privilege of hosting Town Hall, but when the Railroad was built in 1848, the location of the depot near the Saugatuck River determined the location of the town center.

A Town Hall was not built immediately, however. Instead, in 1854 the town began to rent a hall over the store of John N. Betts. By 1892, the hall was no longer sufficient and town meetings moved to another rented space. When an appointed committee recommended that the town build a Town Hall to provide suitable protection for town records in 1908, the town adopted the recommendation and purchased land on Post Road East for $4,500.

What is now known as the “Old Town Hall” was built for $17,000 and hosted its first town meeting on May 4, 1909. This building served as town hall until 1979.  The current Town Hall was built in 1917 with the help of philanthropist Edward T. Bedford. It served as Bedford Elementary School until the late 1970s when it was renovated and converted to its present use.

For more information visit the Westport Museum for History and Culture.