The first Westporters were the Native Americans who frequented this area for hundreds of years before the arrival of Europeans in the 17th century. In 1637, after the Great Swamp Fight, Native People were driven from the area. In 1648 English colonists known as the Bankside Farmers were given a land grant to area of Greens Farms in the West Parish of Fairfield.

For nearly two hundred years following, the area east of the Saugatuck River belonged to the West Parish of Fairfield, the west of the river to the Town of Norwalk. With the labor of their enslaved and free Africans, the town’s founding families built Westport into a prosperous farm community. Before the Revolutionary War the river had become an active commercial route.

On April 25, 1777, Westport’s patriots engaged British troops at the Battle of Compo Hill. The British returned to burn the Greens Farms Meeting House in 1779. By the early 19th century the village, then known as Saugatuck, was a thriving port for regional produce and goods. This prompted Daniel Nash and others in 1835 to secure the incorporation of Westport from parts of Norwalk, Fairfield, and Weston.

In the 1840s diverse newcomers including Irish and Italian immigrants arrived to build the railroad and work in the factories along the Saugatuck River. Before World War I, noted artists and writers began living here and the town remains a hub for arts and culture. Light industry and farming later yielded to urban pressures and by 1950 Westport had become primarily a residential suburban community. 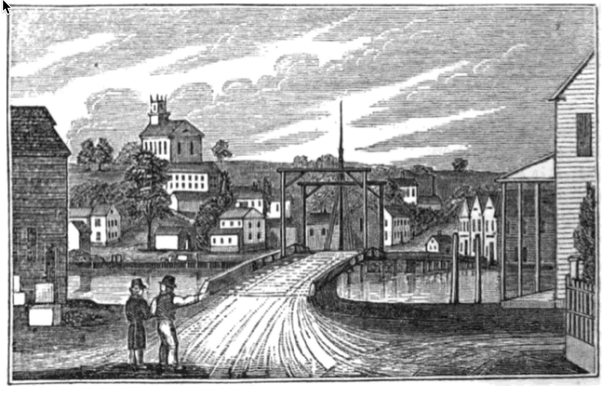 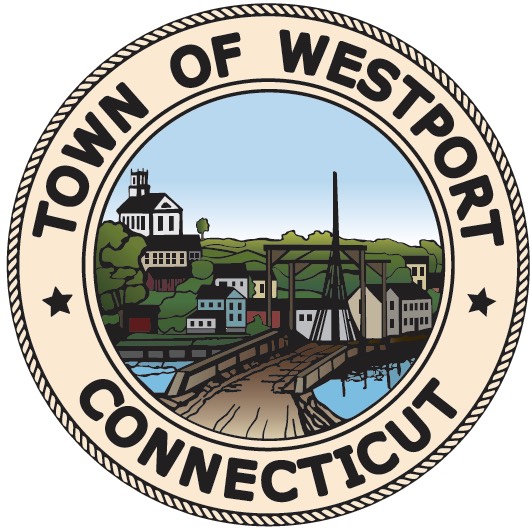 The Town Seal depicts Westport as it existed in 1835 looking west over the State Street Bridge (currently known as the Ruth Steinkraus Cohen Memorial Bridge).  It is taken from an illustration in John Warner Barber’s book, the Connecticut Historical Collections, published in 1836.  The Office of the Town Clerk is the keeper of the official seal. 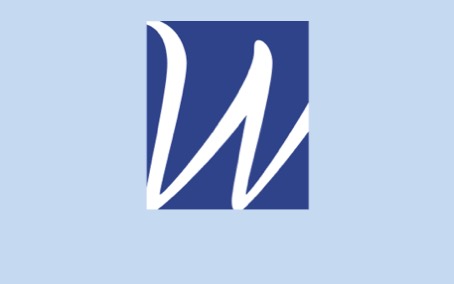 Samantha Cotton, a Westport native and young designer, along with the Selectman’s Office Website Redevelopment Steering Committee created the concept for the Westport logo in 2019. The new Westport logo integrates a dramatic use of open space in its iconography, reflecting the movement of water or seaworthy sails, and is a nod to the many artists who have called Westport home over the years.  The color palate is vibrant and diverse, representing an open warmth and refreshing coolness.

Local designer Miggs Burroughs was asked to design the Westport town flag as part of Westport's 150th birthday celebration in 1985. Miggs based his design concept on the river, which is central to Westport's character and its history.  Farmers wanted a parish to call their own and formed Westport from the western piece of Fairfield's parish on the east side of the river, and the eastern piece of Norwalk's parish, on the west side of the river.