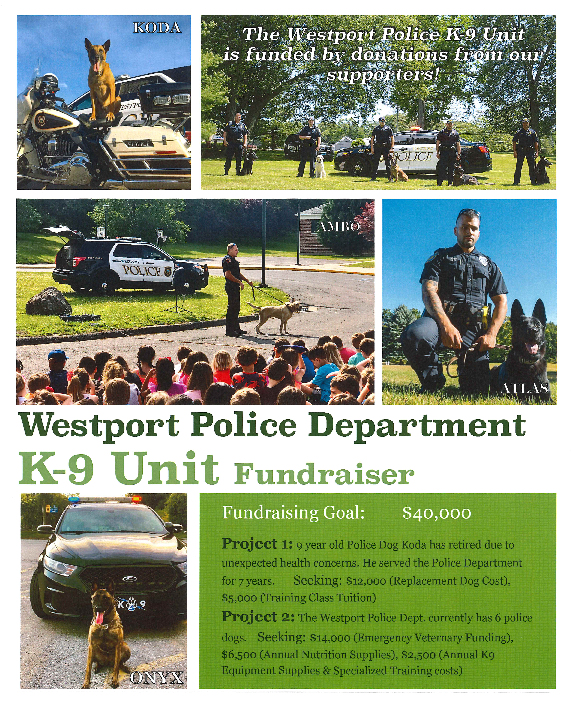 To make a contribution please visit GoFundMe or mail a check made payable to "The Westport Police K9 Unit", 50 Jesup Road, Westport, CT 06880. If you have any questions, please contact via email Officer James Loomer at jloomer@westportct.gov or call 203-341-6000. Contributions are Tax Deductible under IRS Code 170 (c)(1).

The Police Department currently has five Police Service Dogs (PSD).  PSD Atlas, PSD Onyx, PSD Ambo and PSD Sammy. Atlas and Onyx are trained as patrol dogs and cross-trained in narcotics detection. Ambo and Sammy are trained in explosive detection. Our police dogs live at home and are valued members of each handler's family.

K9 officers drive specifically equipped vehicles that are outfitted with equipment necessary to keep their K9 partners safe, secure and comfortable during each shift. 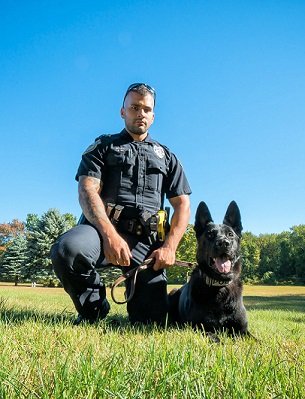 Atlas is a German Shepherd who joined the Westport Police Department in the summer of 2016. Officer David Scinto raised Atlas as a puppy with the hopes he would qualify in police work once he was old enough. After a basic training program that lasted more than 12 weeks, Officer Scinto and Atlas started to patrol together as a team. Atlas is a patrol dog who is cross-trained in narcotics detection. 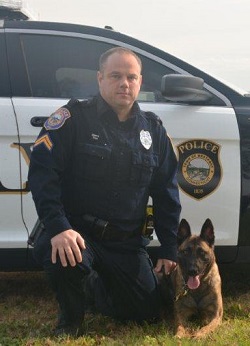 Onyx is Dutch Shepherd & Belgian Malinois mix breed who joined the Westport Police Department in September 2017 after starting her career with Officer James Baker. In January 2018, Officer Baker was promoted to detective and Corporal Kevin Smith took over as her handler and began to work patrol together as a team.  Onyx is a patrol dog who is cross-trained in narcotics detection. 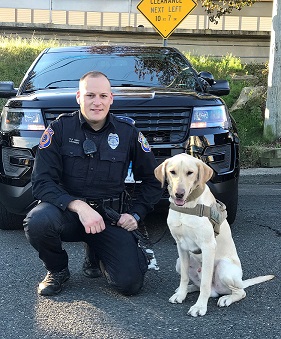 Ambo is a yellow Labrador who joined the Westport Police Department in March of 2018 after completing a 10-week training program in explosives detection. Ambo is partnered with Officer James Loomer who also handles a secondary patrol dog. 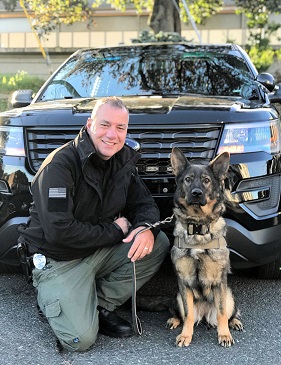 Sammy is a German Shepherd who joined the Westport Police Department in March of 2018 after completing a 10-week training program in explosives detection. Sammy is partnered with Officer Frank Reda and is designated for details including special events and emergency incidents.

On Memorial Day 2013, the Westport Police Department dedicated a memorial honoring the Police Service Dogs that have served the Town of Westport over the past 25 years. The memorial is located near the corner of Police Headquarters adjacent to Jesup Road. Past and present K9 handlers for the department were present. 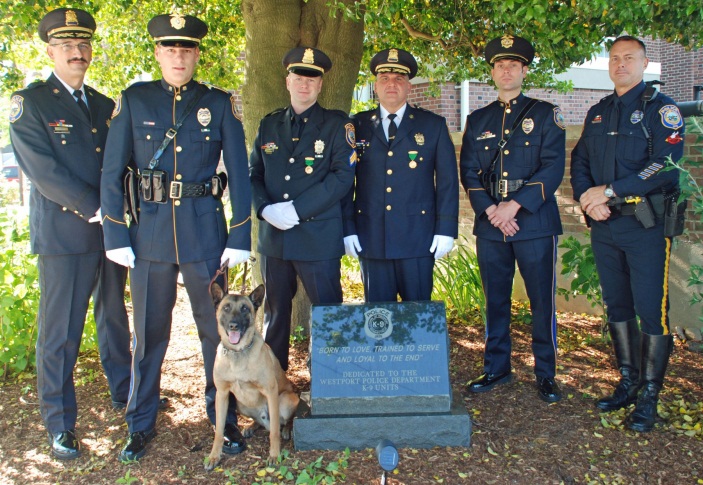