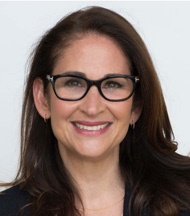 Melissa Kane has distinguished herself as a successful businessperson, public servant, volunteer and advocate. Melissa is respected for her ability to set a vision and build the support necessary to make it happen. Her strong communication skills, collaborative approach and leadership capability have resulted in many successful community and civic endeavors. She is known to roll up her sleeves and work effectively on behalf her constituencies. As a result, she has held many key elected and appointed positions.

Melissa currently serves on Westport’s Board of Selectmen. She is an ex-officio member of the Westport Net Zero 2050 Committee and the Downtown Plan Implementation Committee, which she previously Co-Chaired. Prior to this role, she was the Chair of the Downtown Steering Committee, where she successfully shepherded the creation of a new Downtown Master Plan for Westport. Melissa was elected to and served Westport’s District 3 on the Representative Town Meeting (RTM) for two terms.

Additionally, Melissa was the Chair of the Westport Democratic Committee (DTC) from 2015 until she resigned to run for First Selectman in June of 2017. She was previously elected as its Secretary in 2014. Melissa is also one of the organizers of the Women’s March on Washington, Connecticut Chapter. She was recently honored by the Democratic Women of Westport and awarded its first scholarship to the Yale Campaign School for Women, which she completed in June 2017.

Melissa has held leadership roles in numerous local and not-for-profit initiatives for many years. Her involvement includes work on behalf of the Westport Public Library, where she served on the Board of Trustees from 2008 to 2011. She has also served on the boards of Green Village Initiative, The Norwalk Symphony and A Child’s Place Preschool, and has been active with Earthplace, the Westport Arts Center and Regional Plan Association (RPA) Connecticut Committee. She currently serves as President of the Board of Connecticut Against Gun Violence (CAGV), and as a member of the Boards of NARAL Pro Choice CT and The Democratic Women of Westport.

Upon moving to Westport in 2002, Melissa launched and ran a successful floral design company, MKK Designs, for over a decade. As a small businesswoman, she specialized in event design and décor for weddings and special events throughout Fairfield and Westchester counties, and built an extensive network of clients and suppliers.

Melissa’s communication skills were honed early in her career, when she held positions in public relations and marketing and journalism. She began her career as a columnist for Hearst New Media’s online publications, before becoming a publicist in the recording industry. Her excellent writing skills led her to roles in PR and non-profit development in a number of sectors including social service, public policy, heath care and cultural organizations in New York City. Her clients included The Program for Children with AIDS at New York Hospital and The Legal Aid Society of New York.

Melissa is a 1990 graduate of Mt. Holyoke College with a B.A. in International Relations. She lives in Westport with her husband, Jonathan Kane, and children George (20) and Lily (16).